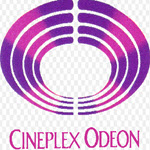 This displeased a large majority of avid movie goers in Canada. The Tuesday Deal has always been a fan favorite and is the main day as to when the majority of Canadians go to watch a movie. When asked to make a comment about the raise in price for tickets the CEO of Cineplex said, “We don’t like to raise the prices but we are continually charged more money in the sense of operating costs. Candy, Beverages, Arcades, Movies and all the regular bills all add up at the end of the month for each separate theatre. Without these slight increases in the price for the tickets we wouldn’t be able to operate a large amount of the movie theatres that we currently do.”

Regardless $5.75 is still an extremely cheap price for the movies these days. Normally it costs you eleven dollars to purchase a movie ticket on a regular day, when you add drinks and candy into the mixture it can all become very expensive. Currently you can watch Captain America: The Winter Solider, The Amazing Spider Man 2, Neighbors and many more at your local Galaxy Cinema.