Since 1962 any kind of poker has been banned in Wisconsin. This is due to the fact that Judge Richard Neiss ruled that this game is unlawful and incorrect. This has means that after nearly six decades this table gambling game is finally being unbanned, allowing for citizens in the Badger State to enjoy this form of entertainment once again. 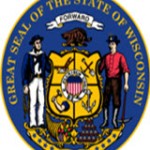 All these years later and Mr. Neiss, now an old man still stands by his decision on the matter. J B Van Hollen also supports banning this game but after a group of professional poker players sued the state in order to legalize this game, the various judges and the attorney general had to look at the benefits of this game. The Plaintiffs noted that this game requires skill, one that benefits people not just in the game but in real life as well. These plaintiffs also noted that this law has caused for Native Americans to slowly become unequal in Wisconsin and that this law should be overruled.

Luckily for these poker players this law has been overruled and poker is set to once again take the state in Wisconsin. This’ll mean the average citizen spending more money at Native American reservations where land based casinos tend to be located throughout the United States of America.

These Plaintiffs are also suing the attorney general & a variety of others who purposely went out of their way to see that this law not get overturned. That is a direct act against the justice system.